The Vicar's Letter (written by Reverend Malcolm Grant, vicar of St Mary's Church in Eaton Bray) has been appearing in the villages Focus magazine since August 2002
Skip navigation 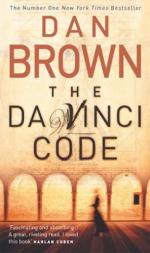 The da Vinci Code has had far more publicity than any other recent release in the cinema, and no fictional thriller has been given more exposure in the press in recent years than Dan Brown's book. And it is a good thriller. Whether on the page or on the screen, it moves quickly, the excitement and the tension both build, and we are drawn into the story, as should happen with any good yarn well told.

But it is a work of fiction, and we need to remind ourselves of that, particularly when we are told that it threatens the very foundations of Christianity. Much of the so-called historical background simply isn't history - and the rest isn't good history. None of the material Brown draws on is new. Most of the ideas have been around for a long time, but few people have ever taken them seriously.

The fact that an isolated fringe-group several generations after Jesus circulated the story that he was married and had a child is not news to scholars. But to construct a whole conspiracy theory of the church trying to suppress it is absurd. For one thing, Brown's theory has no room for the resurrection of Jesus - and the only thing that can explain the existence of the church for two thousand years is truth of its fundamental contention that Jesus who was crucified was raised from the dead and is alive and active in the lives of his followers now.

To recreate Christian history from a couple of sectarian documents and ignore all the rest of the evidence is a bit like treating the writings of David Irving, the holocaust-denier, as the official history of the Second World War. And to treat the fragments of the legends about Mary Magdalene as genuine history is equivalent to regarding William Blake's poem "Jerusalem" as evidence that Jesus visited England. If the true blood-line of the early kings of France was so sacred, why was so little made of it at the time? It is worth remembering that when you build a theory out of a chain of improbable events, the reliability of the conclusion diminishes very rapidly: you have a better chance of winning the National Lottery than hitting the right answer! So much for the reliability of much of Brown's "history" - and that's without taking into account the fact that the "Priory of Sion" has no authenticated basis in history, and we simply do not know the reasons for the suppression of the Knights Templar.

I do not see The da Vinci Code as a threat to Christianity. What it asks us to believe is much, much more incredible than the Gospel-story, and I am sure that just as the truth of God has withstood many attacks in the past, it will survive this one, and the church will continue to proclaim the good news of God's love made known in Jesus Christ to future generations, just as it has in the past. Of course the church will make mistakes, and some of its actions will be seriously compromised, as they have been in the past. But if the church's message is God's truth for the world, then it will prevail. Of that I am sure - and, if you want to find out more about it, why not come along to your parish church? We cannot offer the excitement of Dan Brown's novel, but we can offer you the Good News of Jesus Christ and the fellowship of the Holy Spirit. MALCOLM

About the Vicar's Letter

The Vicar's Letter has been appearing in the villages Focus magazine since August 2002.