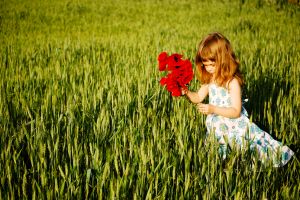 Tickets are now on sale for the performance of the 7th annual [email protected] Mary's Poppy Prom to be held at 7.30pm on Saturday 11 November 2017 at Eaton Bray Church.

As usual the concert will combine music for a Festival of Remembrance during the first half followed by music typical of the Last Night of the Proms in the second half. We have a fantastic programme of music for this year's concert which will be performed by South Beds Concert Band, Dagnall Community Choir plus a fantastic soloist Karen Logan who gave us wonderful entertainment at a concert back in June.

The programme for the first half, other than for the act of Remembrance, is entirely new for our Poppy Prom and includes, this year, music to commemorate the Falklands war and the Kosovo conflict. The mood in the second half is entirely different – we let our hair down with well known, popular music with plenty of audience participation – both new music and songs familiar to 'Last Night' performances.