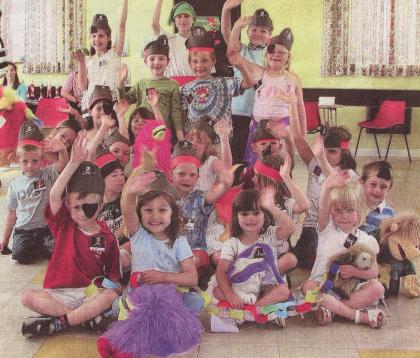 Wee mateys at Northall Village Hall raised the masts, set sail and pretended to be shipwrecked on an island at the 2nd annual 'Churches Together' Summer Club.

The summer club is an ecumenical event with children, aged between five and 11 taking part from all the nearby village churches, including Salvation Army, Methodist, Baptist, Anglican and Roman Catholic.

This year the theme was pirates and more than 20 'crew' attended dressed in appropriate clothing. The children made their own pirate hats and eye patches on the first day to wear during the week.

The message for the week, that Jesus loves everyone, was told through the story of Paul being shipwrecked on Malta.

Children also had fun with games, arts and crafts, and hunting for treasure in the grounds of the village hall.

It was such a success that many are already looking forward to next summer.